Indian economy may be facing a downturn, but all is not doom and gloom. A global wealth and investment report says India has recorded the second highest increase in the number of high net worth individuals (HNWI) – those having investable assets worth over $1 million.

A further look at how they were investing will bring cheer to the real estate sector. In line with the investing behaviour in the Asia-Pacific region, excluding Japan, Indian HNWIs invested most in real estate (26.5%). The balance of portfolios was allocated to cash and deposits (22.7%), fixed income (17.7%), equities (17.4%) and alternative investments (15.8%). Allocation to alternative investments at 15.8% was the highest in Asia-Pacific. 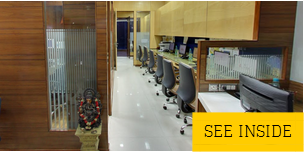